Armed with a clarinet, a piano and their personable stage presence, Kornel Wolak and Chris Donnelly present a remarkable blend of classical and jazz music rarely heard in live performance. From revered classical pieces such as Mozart’s Clarinet Concerto in A Major, to Gershwin’s famous Rhapsody in Blue, and Oscar Peterson’s classic Hymn to Freedom, Chris and Kornel captivate audiences with virtuosity, familiar melodies and a profound passion for music and performing. 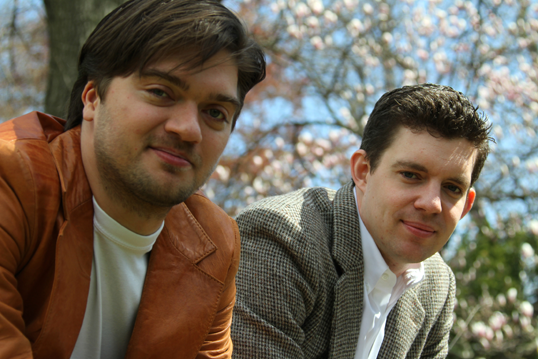 Highly praised on two continents for his glorious tone, precise technical control and musical imagination, clarinettist Kornel Wolak is well on his way to a major career as a soloist and chamber musician in both classical and cross-over repertoire. 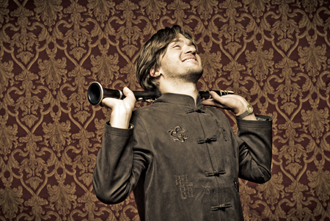 As a member of the renowned Quartetto Gelato from 2007 to 2009, Wolak performed on its 2009 recording, Musica Latina. As a soloist, he has performed with the Quebec Symphony Orchestra, Toronto Sinfonietta, Poland’s Poznan Philharmonic Orchestra’s opening 60th season gala concert, the Polish Radio Chamber Orchestra, and Charleston (North Carolina) Symphony Orchestra, amongst others. As a chamber musician, he has appeared with the Wieniawski String Quartet, the Glenn Gould String Quartet, the Tokai Quartet and the Lodos Wind Quintet. Highlights of the 2011-12 Season are residencies in Ecuador and Brazil.

Born in Bialystok, Poland in 1979, Kornel was a scholarship student at Indiana University’s Jacobs School of Music, where he earned his performance certificate and, two years later, his Master of Music degree.

“Control and a smooth, elegant expressivity are what make Wolak shine”
-The Toronto Star

Chris Donnelly represents a new generation of jazz pianists, composers and improvisers dedicated to creating programs that are engaging, entertaining and educating. He is continually praised for his virtuosic performances, musicality, versatility and ability to captivate audiences. 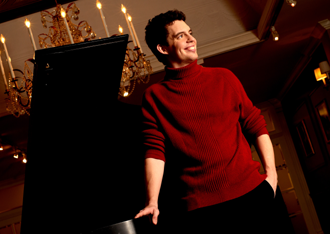 In September 2008, Chris released his Juno-nominated, debut album with Alma Records called ‘Solo,’ featuring a blend of original material and arrangements of jazz standards. This also earned him nominations for ‘Best Recording of the Year’ and ‘Best Keyboardist of the Year’ from the 2009 National Jazz Awards. In March 2011, Chris released an album of original music inspired by the works of graphic artist M.C. Escher entitled ‘Metamorphosis’.

warded The Tecumseh Sherman Rogers Graduating Award for students ‘deemed to have the greatest potential to make an important contribution to the field of music.’ Chris is currently a professor at the University of Toronto.

“…this guy [Chris Donnelly] sure knows his way around the piano. And his virtuoso playing blows the mind… In a way, he resembles a young Duke Ellington, but without the swing.”
-World Music Central