German composer Robert Schumann fell in love with a young Clara Wieck – a virtuoso pianist – to the adamant opposition of her father. In 1840, the couple wed after seeking legal consent, and during this time an estimated 20,000 letters were written which provide the inspiration for this music-as-theatre performance.

The Schumann Letters is a concert format performance presenting some of the most beautiful piano and vocal music of Robert Schumann. It is exquisitely narrated through a spectacular story of his life and love for Clara Wieck and his personal triumphs and tragedies. A timeless story of true love, this ravishing production is a fresh approach to classical music, a welcoming presentation that will animate his great works of classical music. The result will be a mesmerizing concert of awe-inspiring music brought to life through an alluring story that will entice the piano, voice and theatre enthusiasts as well as newcomers alike.

The Schumann Letters is a musical biography narrated JUNO winner Colin Fox, with soprano Susan Gilmour Bailey and pianist Michael Kim. Join these artists as they share a story of love, obstacles, happiness and tragedy between Robert and Clara. 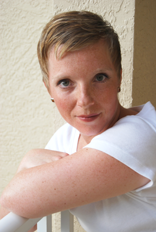 Born and raised in Manitoba, soprano Susan Gilmour Bailey emigrated to London in 1999 to complete her Master of Music in Vocal Performance at the Royal Academy of Music. Performing throughout the United Kingdom, Europe and North America, Susan enjoys a varied career of concert, oratorio, and opera. Concert highlights include performances at the Ambronay Early Music Festival in France, Monteverdi’s Vespers in Budapest, solos with the City of London Sinfonia and with the Royal Shakespeare Company’s production of A Midsummer Night’s Dream under Douglas Boyd. Miss Bailey has also be guest soloist with the Orchestra of the Age of Enlightenment, City of London Sinfonia among others.  An experienced opera performer, Susan’s roles include principal leads in Purcell’s Fairy Queen for Opera de Lille, ‘Iris’ (Semele) for the Early Opera Company, ‘Euridice’ (Orfeo) with Le Concert d’ Astrée, ‘Alice’ in Rossini’s Le Comte Ory for Garsington Opera, ‘Atalanta’ (Xerses) with the Cambridge Handel Opera Group, among others. In 2001, Susan established her Canadian presence in solo performances with the Vancouver and Winnipeg Symphony Orchestras. She returned in 2006 for two further performances with the Winnipeg Symphony Orchestra. 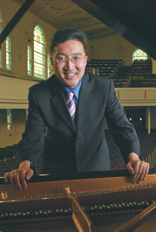 Michael Kim is a gifted pianist and performer.  As a soloist and concerto artist, Michael has brought audiences to their feet with his outstanding technique and refined artistry. Michael is the recipient of a multitude of awards, including the grand-prize of the Canadian Music Competition and the CBC National Radio Competition for Young Performers.  He was also silver medalist at the Scottish International Competition in Glasgow, and a prize winner in the Leeds and Ivo Pogorelich International Piano Competitions. An artistic scholar, Dr. Kim received his Master of Music and Doctor of Musical Arts from The Juilliard School where he held the Vladimir Horowitz Piano Scholarship. Michael Kim has toured extensively in North America, South America, the United Kingdom and Korea. His performance highlights include a tour in Peru with Orchestra Sinfonica de Trujillo and the UK tour with the Royal Scottish National Orchestra and the BBC Scottish Symphony. As a chamber musician, Michael has performed at the Brevard, Aspen, Banff, Huntsville, and Heifetz (Annapolis, MD) festivals to name a few. He frequently collaborates with his wife, pianist Kyungran Kim, in a special four hand – one piano program. In August 2008, Dr. Kim was appointed Dean of Brandon University’s School of Music, in Brandon Manitoba, Canada. 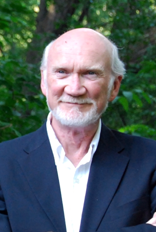 THE SCHUMANN LETTERS’ is pending trademark.It is possible that one may not recognize Colin Fox by name alone. It is highly unlikely, however, that his face, and in particular, his voice could escape recognition. A multi-talented artist, Colin Fox has an impressive and extensive list of stage, film, television and now, musical narrations to his credit. Colin is a veteran of television and film work. As a television actor, Colin has excelled in performing in several long running, critically acclaimed shows, including: PSI Factor: Chronicles of the Paranormal, A & E’s Nero Wolfe, Wonderfalls, Law and Order, The Equalizer, Relic Hunter and Street Legal. Colin’s stage appearances include productions at Toronto’s Royal Alexandra Theatre, Stratford Festival, Shaw Festival and on Broadway. He has also narrated numerous audio books, one which received a JUNO Award.  Colin’s first musical narration was in 1974 with the Boston Symphony and Toronto Symphony Orchestras conducted by Seiji Ozawa.  Since then, his intermittent collaborations have ranged from large ensembles to soloists with such names like the Hannaford Street Silver Band, guitarist Simon Wynberg, the Mendelssohn Choir, pianist Leslie Kinton, Gryphon Trio and the Elora Festival Singers. Colin has also appeared at music festivals including Huntsville, Parry Sound, Elora, Grand River Baroque and the Toronto Summer Music Academy & Festival.

Some of the Musical Highlights

Träumerei (Reverie), Op. 15 No. 7 from Kinderszenen
Kennst du das Land, (Do You Know the Land…) Op. 98a No.1
from Lieder und Gesänge aus Wilhelm Meister
Ich hab’ im Traum geweinet (I wept in my dream), Op.48 No.
13 from Dichterliebe
Aufschwung (Soaring), Op. 12 No. 2 from Fantasiestücke
Impromptu on a Theme by Clara Wieck, Op.5
Piano Sonata No. 3 in f minor, Op.14
Er, der Herrlichste von allen (He, the Most Glorious of All),
Op 42 No.2 from Frauenliebe und leben

The Schumann Letters is a special project represented by Andrew Kwan Artists Management, Toronto ON.

Tuesday, February 2/10 – Saskatoon SK
Presented by In Performance Concert Series, U of S, in Convocation Hall