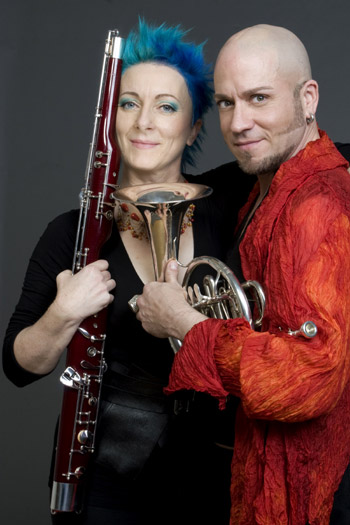 Known internationally as soloists, chamber musicians, recitalists and fashionistas, Guy & Nadina are “completely engaging from the moment they walk on stage” (THE CHRONICLE, Oliver BC). Performing in Canada and the United States as concerto soloists, a multi-instrumental recital duo and recording artists, this musical union has already seen the commission of four new solo concerti, three double concerti, one triple concerto and one symphony.

As dedicated teachers and music advocates, Guy & Nadina have given educational concerts across Canada and have been featured speakers, master class guests and interpretational coaches. Guy Few maintains a studio at Wilfrid Laurier University, while Nadina teaches at the University of Toronto and The Royal Conservatory’s Glenn Gould School. The Duo have also made their mark as artistic directors, co-directing the Grand River Baroque Festival for two successful seasons in 2008 and 2009.

Determined to expand the boundaries of classical concerts, The Duo’s virtuosic playing and lively interpretations impress both the novice and experienced audience. 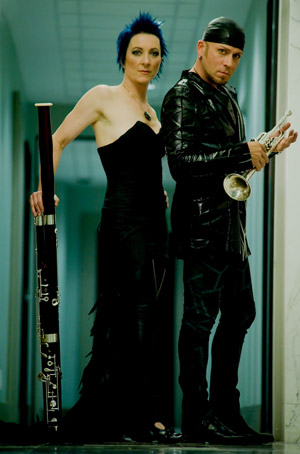 Modern day traveling musicians, Guy & Nadina have been touring since they were teenagers, performing across Canada and around the world as soloists, chamber musicians and orchestral players. From their beginnings as farm kids in western Canada to the international concert stages of the world, their lives and music weave a fascinating story. The Travel Song Book is an album of audio snapshots featuring a vast variety of music and personal stories. An intimate performance, the duo takes the audience on a touring journey and performs favourite selections that they have played together over the years.

For information regarding these tours, please contact Prairie Debut.