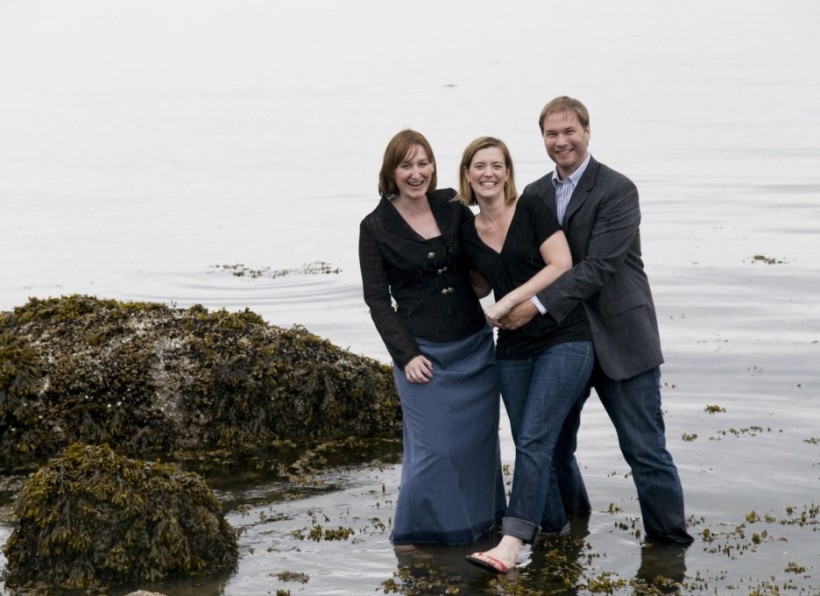 Soprano Martha Guth has been acclaimed for her “’thrilling top range, rare breath control and an awesome legato” (Globe and Mail). The young soprano has sung with world-renowned conductors such as Seiji Ozawa, Helmut Rilling, Richard Bradshaw, and Ty Patterson. On the concert stage, Martha has sung with the Bach Akademie Orchestra, The Toronto Symphony Orchestra, the Santa Fe Symphony, the Canadian Opera Company Orchestra, and the National Arts Centre Orchestra. She has been recorded live by the BBC in London, CBC Radio/ Radio Canada and CBC Television.

Martha is passionately devoted to recital repertoire, and it is in song and chamber music that her polished craft and collaborative spirit shines. Martha won the coveted first prize at the 2007 Wigmore Hall International Song Competition in London, where she was praised by Opera Now as “magical” for her performances. Martha’s 2009 recital engagements at the legendary Hall are with Graham Johnson at the piano. Recent and upcoming recitals include MusicFest Vancouver, The New Orleans Art Gallery, and Trinity Church on Wall Street in NYC. She sang for Claveçin en Concert with Radio Canada in Montreal, returned to the Ottawa International Chamber Music Festival, gave a Joy in Singing recital at Lincoln Center, and for the Vancouver International Song Institute (where she is also on faculty). Past engagements also include working with pianist Graham Johnson for performances at St. John’s Smith Square in London, and in Vancouver. She has performed with the Aldeburgh recital series in Toronto, the Andre Turp Recital Series (CBC Radio Canada), as well as a tour with Debut Atlantic. Martha’s most recent operatic credits include the Countess in The Marriage of Figaro, and Donna Anna in Don Giovanni for Opera Lyra; Pamina in The Magic Flute; Konstanze in The Abduction from the Seraglio in Göggingen, Germany. Martha’s roles at the Santa Fe Opera include singing Lauretta in Bizet’s Dr. Miracle for their 50th anniversary season, and Norina in their touring production of Don Pasquale.

Martha grew up in Vancouver and holds an undergraduate degree from the Oberlin Conservatory of Music, and a Master of Music degree from the Cincinnati College/Conservatory of Music. Martha has a degree of Meisterklasse from the Hochschule für Musik in Augsburg/Nürnberg after receiving a generous grant from the Canada Council for the Arts to study with Edith Wiens. Martha was awarded the Joseph Rouleau First Prize at the 2001 Jeunesses Musicales competition in Montreal, and second place at the CBC Young Musicians Competition in 2003. 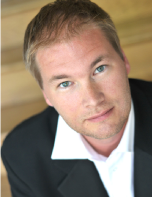 Baritone Tyler Duncan – ‘that rare mixture of elegant phrasing and resonant power’ (Toronto Star)  – is the winner of the 2008 New York Oratorio Society Competition, the 2007 Prix International Pro Musicis Award and the Bernard Diamant Prize awarded annually by the Canada Council for the Arts. Fluent in German and English, he is in high demand as an artist at home in lieder, opera and oratorio repertoire ranging from Monteverdi to modern music. In the summer of 2008, he was in Halle (Germany) for Handel’s RESURREZIONE, with the Berkshire Choral Festival in Vancouver performing Vaughan Williams’ FIVE MYSTICAL SONGS, Ottawa for concerts with Les Voix Baroque at the International Chamber Music Festival, and Vancouver for Brahms’ REQUIEM for Musicfest Vancouver.

In the 2008-2009 season, he has appeared as soloist in Haydn’s DIE SCHÖPFUNG with L’Orchestre symphonique de Québec (Yoav Talmi), Beethoven’s SYMPHONY NO. 9 in Munich, Berlin, Stuttgart and Frankfurt with Justus Frantz and Philharmonie der Nationen, and MESSIAH for the Iseler Singers in Toronto, at St. Thomas Church in New York and with Portland Baroque in Oregon. He appeared in John Blow’s VENUS AND ADONIS for the Boston Early Music Festival, sang Bach’s solo cantata ICH HABE GENUG with Symphony Nova Scotia and was in Houston for Bach’s MAGNIFICAT for Mercury Baroque conducted by Antoine Plante.  His season continued with Bach’s MATTHÄUS PASSION with the Dresdner Kreuzchor/Dresdner Philharmonie as well as several performances in Holland.   In New York, where he currently lives, he performed with the New Amsterdam Singers (Britten and Finzi) and a recital for Joy in Singing.  On the opera stage he was seen in Lully’s ARMIDE for Mercury Baroque and as Demetrius in Britten’s MIDSUMMER NIGHT’S DREAM for the Princeton Festival.

Highlights of his 2009-2010 Season include Bach’s ICH HABE GENUG with Tafelmusik in Toronto, Haydn’s DIE JAHRESZEITEN for the Calgary Philharmonic, MESSIAH with the Toronto Symphony, DIE SCHÖPFUNG with the Winnipeg Symphony and FIVE MYSTICAL SONGS at Carnegie Hall with the New York Oratorio Society.

British Columbia-born and until recently a German resident, Mr. Duncan has been heard in performances throughout Europe and North America. Highlights include a North American tour of the Monteverdi Vespers of 1610 with Tragicomedia and Concerto Palatino, the role of Papageno in Holland and Belgium, the High Priest in the Strauss adaptation of Mozart’s IDOMENEO at the Richard Strauss Festival in Garmisch-Partenkirchen and as the Count in a tour of LE NOZZE DI FIGARO through Switzerland with the Munich Chamber Orchestra under Christoph Poppen. He performs often with pianist Erika Switzer and their recitals have been applauded in Canada, The United States, Germany, Sweden, France and South Africa.  Often heard on the CBC, WGBH Boston and the BR (Bavarian Radio), he is featured on the Boston Early Music Festival recording of Conradi’s DIE SCHÖNE UND GETREUE ARIADNE on the CPO label, and the upcoming ATMA release of Carissimi’s JEPTHE with Les Voix Baroque. 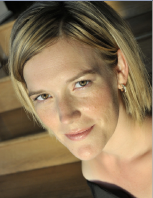 Widely known for her brilliant, expressive, and technically confident playing, Erika Switzer grows her reputation as the collaborative pianist of choice.  Throughout Europe, North America, and South Africa, she has been praised for her ability to match emotional playing to dramatic texts.  Highlights include a recent debut at Alice Tully Hall in Lincoln Center, as well as recitals with many of Canada’s finest singers: baritone Tyler Duncan, soprano Martha Guth, tenor Colin Balzer, and soprano Edith Wiens.  She has also performed with the Vocal Arts Society of Washington, DC.  As a “Pro Musicis Artist”, she has performed in New York City’s Carnegie Hall, Boston’s Longy Hall, and in Paris, at the Salle Cortot.  Other European performances include the New Discoveries series in Baden-Baden Festspiele, and the Winners & Masters concert series in both Munich and Bielefeld.  She has also played at the Cape Classic Chamber Music Festival in Capetown, South Africa. In her native Canada, she has performed at the Andre Turp Recital Society and Chamber Music Festival of Montreal, and at MusicFest Vancouver.  When not performing the “serious” repertoire, Erika has performed in the cabaret act “Leave it to Diva”.

Ms. Switzer has been recorded by the CBC, Dutch Radio (Radio 4) and in Germany for SWR and the Bayerische Rundfunk.  She was recently broadcast live on WGBH in Boston in concert with Tyler Duncan, which broadcast on NPR in the US.

Erika Switzer won First Prize for best pianist at the Wigmore Hall International Song Competition and the Best Pianist award at the Robert Schumann International Vocal Competition. Following seven years of studies in Germany, Ms. Switzer is currently based in New York City where she is a C.V. Starr Doctoral Fellow at the Juilliard School of Music.

Performance dates and venues are subject to change. Schools shows, workshops & masterclasses in addition to these concerts.  Please contact the local presenter to confirm performance details.