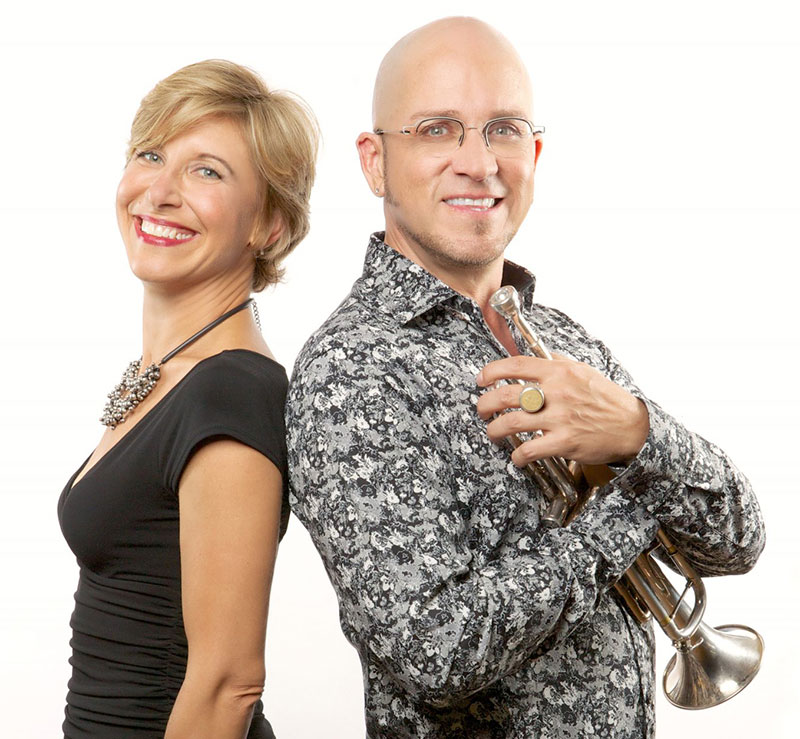 Guy Few is a virtuoso. As a powerful pianist and astonishing trumpeter, he delights his audiences with his intensity and charm. Montreal’s Le Devoir calls him “outrageously gifted” and “quite simply phenomenal”. It is no wonder that he is in demand as a soloist and has played with many orchestras in Canada and the USA. Guy has won innumerable prizes for piano and trumpet performance.

He performs and records on a regular basis and has appeared on CBC, CTV, Bravo, TV5 and European television broadcasts and is heard regularly on the CBC and American Public Radio.

In 1988 he received the Sylva Gelber Foundation Award from the Canada Council of the Arts when he was chosen as Most Promising Artist in both piano and brass categories.

Guy Few and Stephanie Mara’s concerts will include a variety of works for trumpet and piano, voice and piano, and four-hands piano.