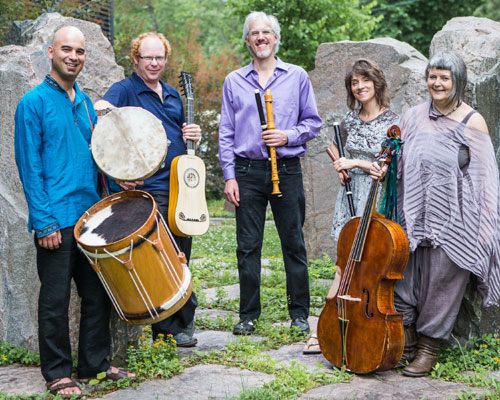 Under the artistic direction of Matthias Maute and Sophie Larivière, Ensemble Caprice is renowned for its innovative interpretations of baroque music, receiving national and international acclaim for more than twenty years. The ensemble gives concerts regularly in Europe and participates in such Early Music Festivals as those in Bruges, Utrecht and Regensburg, the Händel Festival in Halle and the Recorder Festival in Stockstadt. In the USA, Caprice has given concerts in New York City, at the Boston Early Music Festival and at the Library of Congress in Washington. They have also toured in Israel and Taiwan. 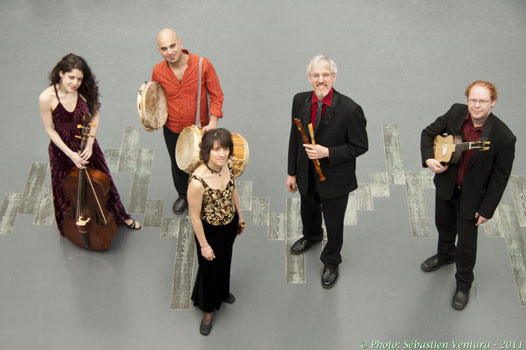 In Canada, Ensemble Caprice is invited regularly to perform at the Ottawa Chamber Music Festival, the Montreal Baroque Festival and the Domaine Forget’s International Festival. The ensemble also performs regularly in many concert series across the country.

Ensemble Caprice’s CD, Gloria! Vivaldi’s Angels won Canada’s prestigious 2009 JUNO Award. Telemann and the Gypsies (2009) was recommended by Gramophone. Vivaldi and the Baroque Gypsies (2009) was nominated for an Echo Klassik award in Germany. In 2011, Analekta released their 3rd Vivaldi album under the title: The Return of the Angels. The Bach/Shostakovitch double album (2012) including Brandenburg Concertos and Shostakovitch’s Preludes was well acclaimed by the press. But it is their most popular, Salsa Baroque (2010), which they have been touring everywhere since the release of the CD.

Program Description: Salsa baroque – Music of Latin America and Spain. During the sixteenth and seventeenth centuries, the musical dialogue between the Old and the New Worlds produced a fascinating blend of European polyphony and Latin American traditional music. Hear the villancicos of the Bolivian composer Juan de Araujou, the colourful guarachas of his contemporaries and sonatas by Locatelli and Falconieri, two European composers who were influenced by this Latin American style. Gems from this spectacular musical era will be performed on instruments that were common at the time: flutes and recorders, baroque guitar, violoncello and various percussion instruments.

“imaginative, even powerful, and the playing is top-flight”. New York Times

“Such dazzling virtuosity on the recorder leaves you in a staggering daze! We wonder by which diabolical trick the flautists manage to articulate at such speed, with so much breath and energy.” Le Devoir

As of August 28/14. Performance dates and venues are subject to change. Full length concerts, schools shows, workshops & master classes may be scheduled in addition to the concerts listed.