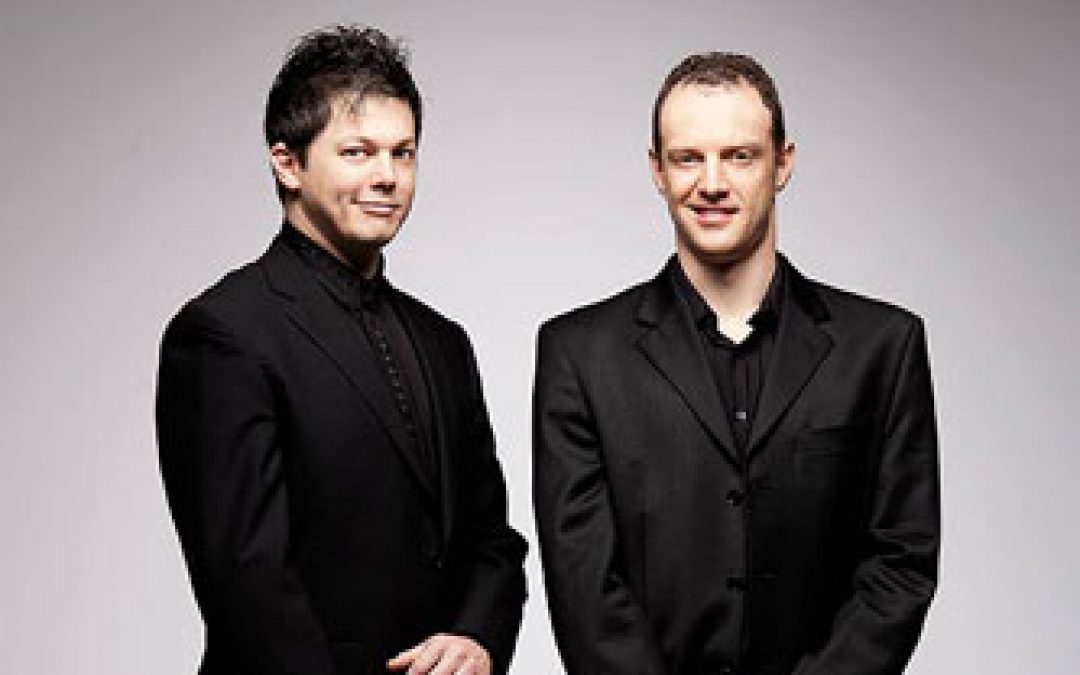 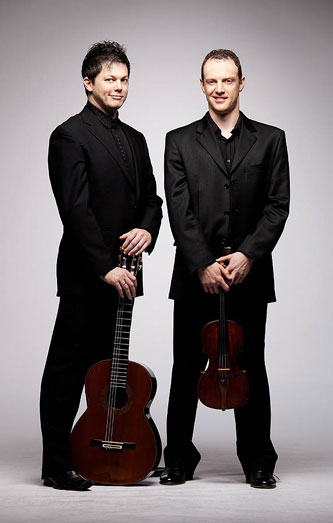 Duo Rendezvous unites two leading Canadian performers, violinist Jasper Wood and guitarist Daniel Bolshoy. This duo was formed as a response to great demand for a refreshing and passionate chamber ensemble with a strong dedication to outreach and education. The duo is already in great demand by presenters across the country, thanks to the thriving solo careers of the two performers and to their reputation as charismatic virtuosi who enjoy engaging their audiences with great stage presences and passionate musicianship.

Their unique programming enriches the existing guitar and violin repertoire with transcriptions of masterpieces from around the world and newly commissioned pieces by leading Canadian composers.

Jasper Wood has established himself as a major talent of his generation. He made his first public appearance at the age of five, and has since captured the hearts of music lovers everywhere with his “thrilling virtuosity” (The Strad) and his “sweet tunefulness edged in melancholy” (The Washington Post). An acclaimed competition winner, Mr. Wood has developed a flourishing reputation as a sought-after soloist with major orchestras including Canada’s Montreal and Toronto symphonies and as both, a recital and chamber musician throughout North America and Europe. He has been awarded the coveted Sylva Gelber Prize (1996) and the prestigious Virginia Parker Award (2004) from The Canada Council for the Arts. Mr. Wood has eight recordings on such labels as Endeavor Classics, Analekta, Centrediscs, Disques Pelleas and Naxos. He is Professor of Violin at the University of British Columbia.

Having performed hundreds of concerts internationally, Daniel Bolshoy is recognized as a leader amongst Canadian guitarists. He is regularly praised for his friendly and informative spoken introductions, and progressive programming of solo and chamber music. An ATMA recording artist, Mr. Bolshoy appears on seven recordings and two documentary films. His most recent CD features the solo guitar works of Eduardo Sainz de la Maza. A true ambassador of the arts, Mr. Bolshoy’s performances take him from the most prestigious stages, on which he makes frequent appearances, to intimate concerts at remote and small communities where audiences are captivated by his skill, charm, and uniquely communicative stage presence. He is regularly invited to appear in recital and concerti with orchestras and concert societies across Canada, the United States, Europe, the Middle East and Asia. A devoted music educator, Mr. Bolshoy is currently the Head of the Guitar Division at the University of British Columbia and Head of the Guitar Department at Vancouver Symphony Orchestra’s School of Music. He is consistently lauded for sharing his passion for music with the next generation of guitar enthusiasts.

The Duo Rendezvous is already in great demand by presenters across the country. Their unique
programming enriches the existing guitar and violin repertoire with transcriptions of masterpieces from around the world and commissioned pieces by leading Canadian composers. This ensemble is defined by their passion for performing and love of virtuosic and intimate music.

Their concerts feature musical imagery ranging from the brothels of Buenos Aires to the cafés of Paris: music that is influenced from around the world – a program that mixes Bach, Debussy and Ravel with Piazzolla, Django Rhinehardt and Sarasate. Aiming to excite audiences about great music, be it classical, jazz, or world, Duo Rendezvous is well suited for touring and for simplifying a presenter’s life- there is no need for amplification or to rent or move a grand piano, and audiences get to hear the subtleties of both the violin and guitar in any venue.