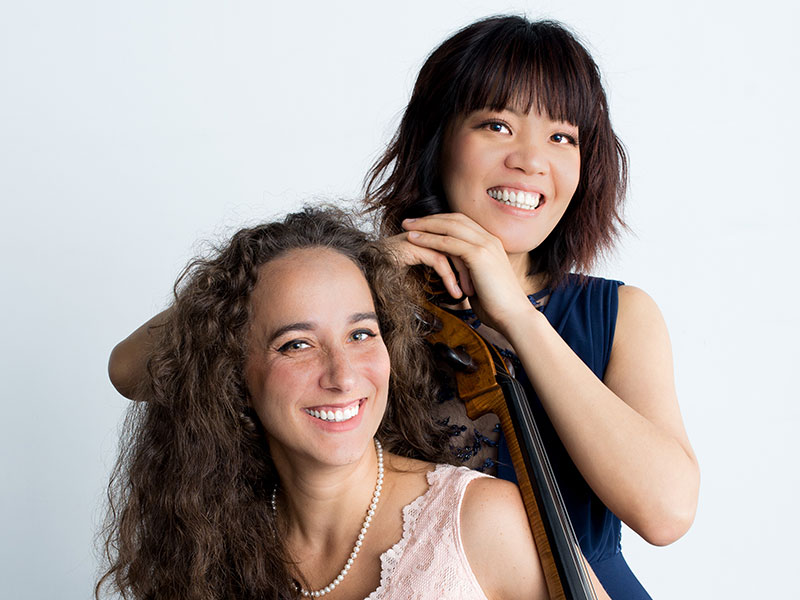 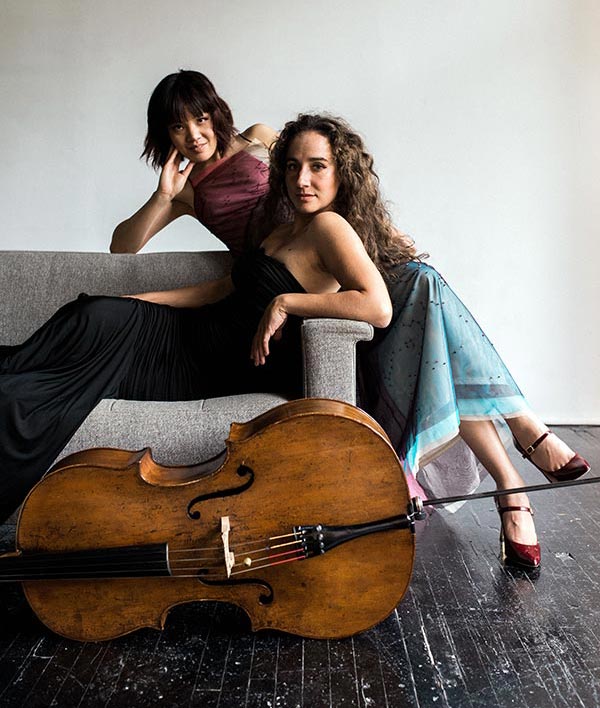 Come revel in the fanciful and imaginary worlds created by the magic of music. Let cellist Chloe Dominguez and pianist Janelle Fung take you on a sublime and mystical journey inspired by fables, from Russian folklore to Italian commedia dell’arte to a child-like fantasy of princess and prince. This program delves into the hearts and minds of great composers like Beethoven, Stravinsky, Janacek, Louie, and Franck. Hear what happens when fairy tales and music merge blend and blossom. The combination of cello, with its intrinsic singing qualities, and piano, with its infinite colour palette, instill a profound dimension to these works. This concert will charm, enchant and move audiences, seasoned or newcomers, to the rich sonorities of this instrumental duo. 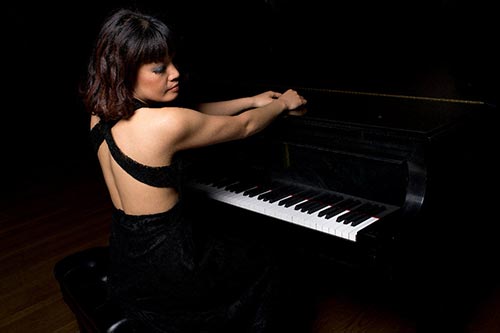 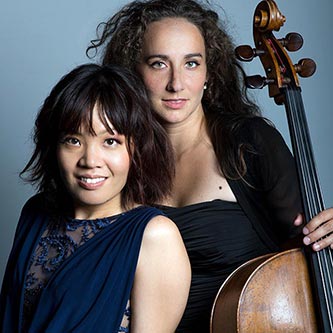 With a synchronistic musical style, cellist Chloé Dominguez and pianist Janelle Fung make even the most complex music written for these two instruments seem effortless and fluid. This duo truly brings a beautiful presentation of the cello and piano literature.

Chloé Dominguez maintains a very active life as cellist in the Quebec music scene. Known for her versatility and tone, she is equally at ease playing early music on period instruments and working with today’s best composers. Her reputation as an avid chamber musician has led her to perform in Canada, the United States, and many international festivals. She has appeared at Festival de Lanaudière, Concerts aux Iles du Bic, Montreal Chamber Music Festival, MusiMars, Domaine Forget, Festival of the Sound, Italy’s Casalmaggiore, Computer Music Conference, Orford Arts Centre, and Ottawa Chamberfest. She currently holds the solo cello position at the Ensemble Contemporain de Montréal as well as with Trio Hochelaga.

Chloé as received numerous prizes and awards. In 2009, she was a winner of the Canada Council’s Musical Instrument Bank Competition. Recipient of the Prix Radio-Canada Jeunes Artistes, she was also awarded McGill’s Schulich School of Music’s Golden Violin award which is the most important private scholarship in music education in Canada. She obtained a Diplôme d’études supérieures from the Conservatoire de musique de Montréal and completed her doctorate degree in performance at McGill University. Chloé Dominguez teaches at the Schulich School of Music of McGill University and the Domaine Forget’s music academy. Along with her career as a performing cellist, she is a yoga practitioner and teacher. In 2011, she completed her Sadhana Yoga Chi certification. Chloé plays on a 1745 Lorenzo Carcassi cello.

Canadian pianist Janelle Fung has performed in concert from coast to coast in Canada, including tours with Prairie Debut and Jeunesses Musicales du Canada. Winner of the Artist of the Year award from the BC Touring Council in 2014, her international concerts have taken her to over twenty countries on five continents. An avid chamber musician, Ms. Fung has appeared in concert with the Ying Quartet, New York Woodwind Quintet, Mark Fewer and Matt Haimovitz.

Ms. Fung’s interest in opera have led to collaborations with Nicole Cabell, Teresa Stratas, and William Warfield. She has toured twice as Touring Artistic Director for opera productions presented by Jeunesses Musicales du Canada and is currently on faculty at Highlands Opera Studio.

Born in Vancouver, Canada, Janelle Fung began her piano studies at the age of four. Her principal teachers have included Nelita True, Julian Martin and Marc Durand. Ms. Fung received her Bachelor of Music degree from the Eastman School of Music, her Master of Music degree from The Juilliard School and her doctorate from l’Université de Montréal. She is grateful to the Canada Council for the Arts and Yamaha Artists for their continued support.