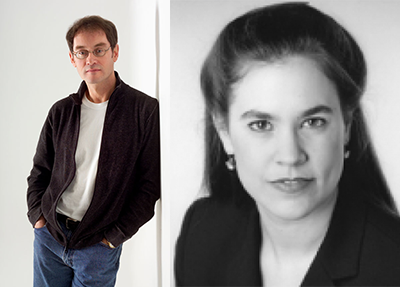 Whether in recital or opera, soprano Sophie Bouffard is recognized for her great expressivity, her rich and vibrant voice, and her ability to captivate audiences. Sophie’s performances throughout Europe include festival appearances in Eastern Europe, a solo recital tour in Portugal and opera roles with the Belgium National Opera House La Monnaie. In Canada, Ms. Bouffard has performed with Opera Saskatchewan, Saskatoon Opera, Regina Symphony Orchestra, the Orchestre Symphonique de Trois-Rivières, the Ensemble Nouvelle-France, and the Nouvel Ensemble à Cordes de Québec (NEC) to name a few.

Pianist David L. McIntyre is well known throughout North America as a composer and collaborator with singers and instrumentalists. He is heard frequently on the CBC as pianist and composer. His close association with Opera Saskatchewan has allowed him to work with many fine singers from across North America and beyond. David is an Associate Composer of the Canadian Music Centre and during his time as composer-in-residence with the Regina Symphony Orchestra he wrote a number of exciting orchestral works. David resides in Regina where he is active as a professor, pianist, organist, and conductor.