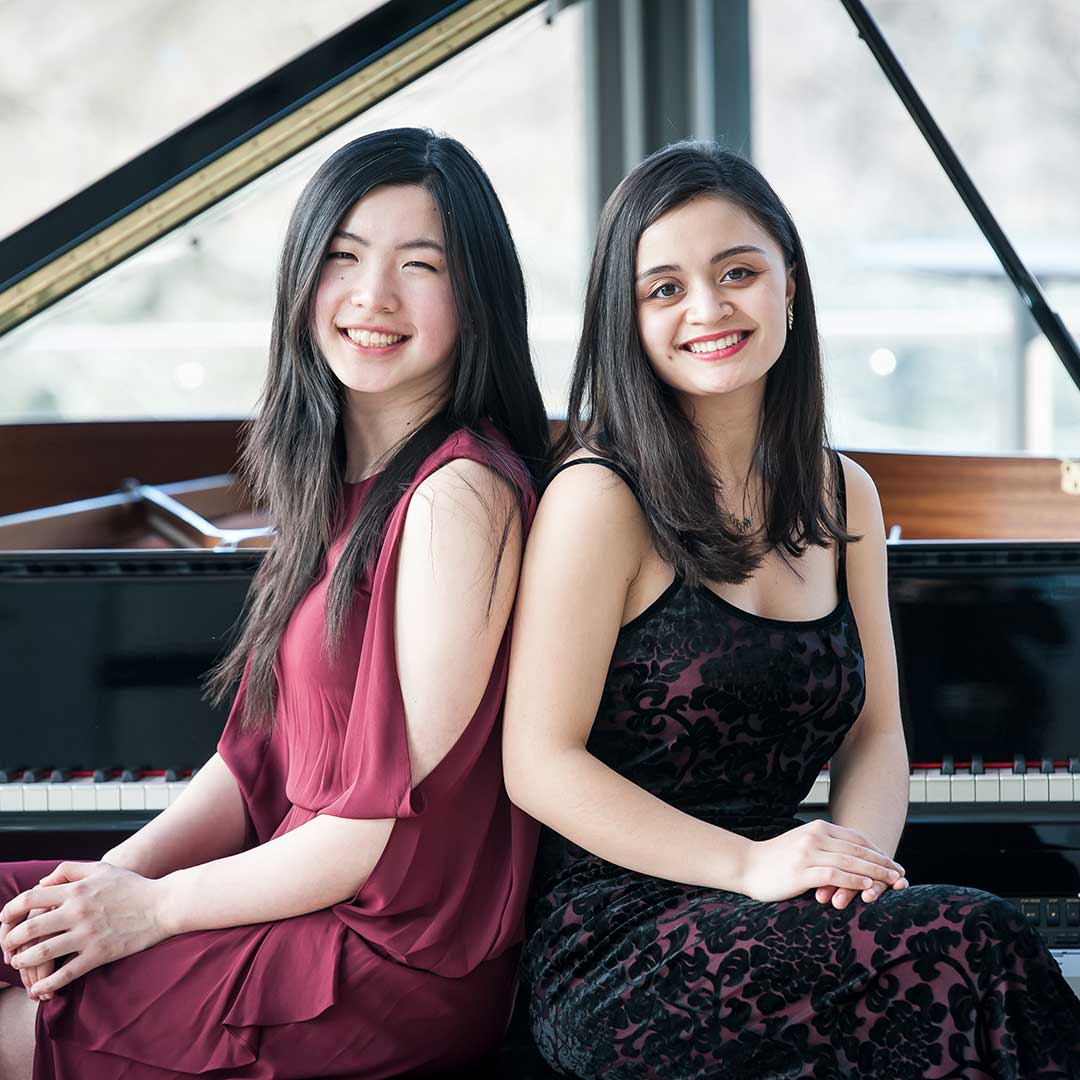 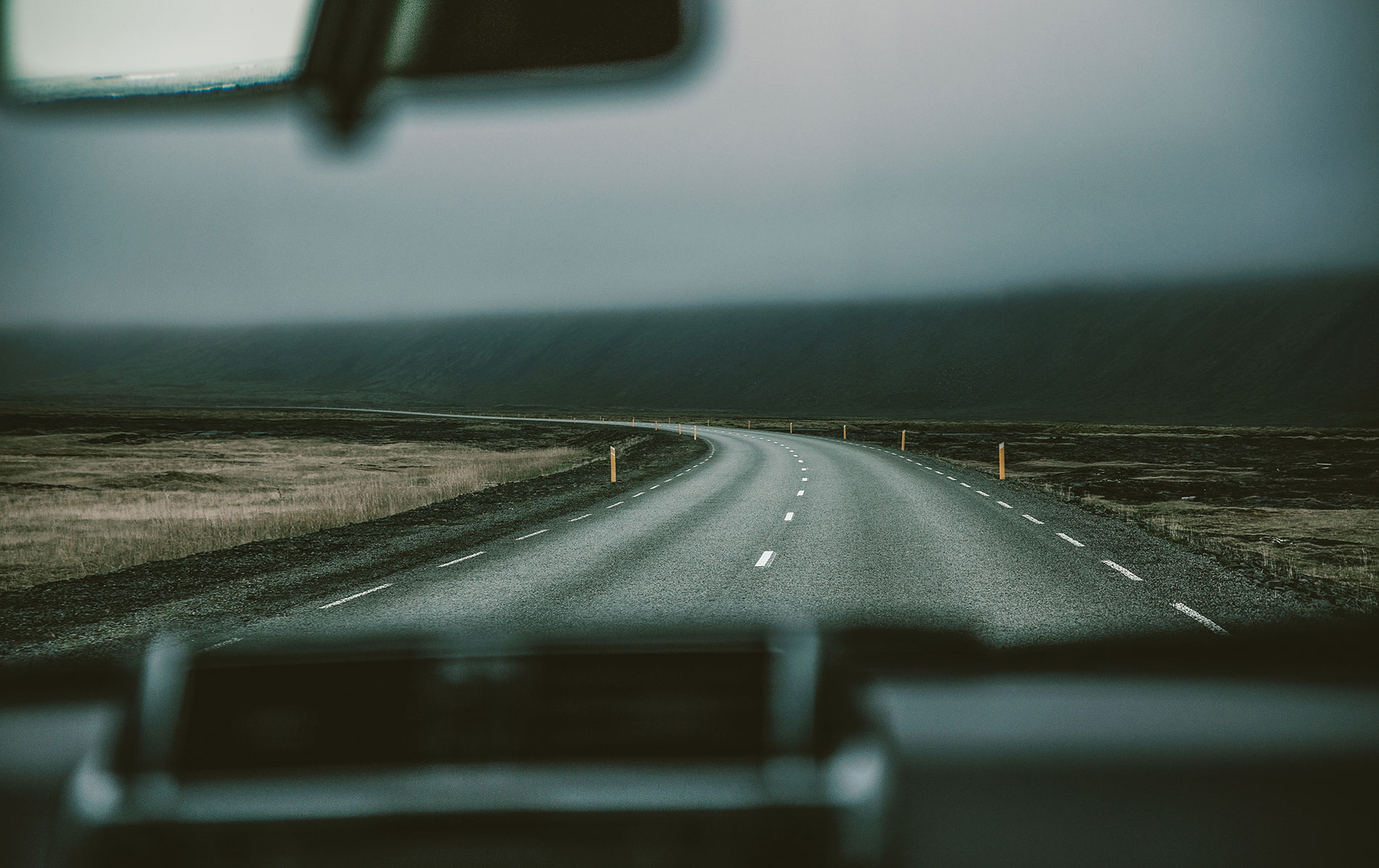 When Charissa Vandikas and Linda Ruan join forces as the one piano four hands duo La Fiammata, the result is a firecracker of performance. Since they first met as competitors, the initial spark of connection between the two has grown into a steady flame, with the poetry of Vandikas’ playing contrasting Ruan’s explosion of energy. Prairie Debut is pleased to present La Fiammata as our second Road Trip! A Pan Canadian Partnership, in collaboration with Debut Atlantic and Jeunesses Musicales Canada.

“It was immediately apparent to me, from the very first time I heard them, that these two had that magic extra something as a duo. Together, they become more than twice as good.”

Although they first met as competitors, the initial spark of connection between Linda Ruan and Charissa Vandikas has grown into a steady flame. Now they are fast friends and performing partners, joining forces as the one piano four hands duo La Fiammata. The result is a firecracker of performance, with the poetry of Vandikas’ playing contrasting Ruan’s explosion of energy. La Fiammata has made an impression on the musical world, taking second place in the 70th ARD International Music Competition in Munich.

Prairie Debut is pleased to present La Fiammata as our second Road Trip! A Pan Canadian Partnership winners, in collaboration with Debut Atlantic and Jeunesses Musicales Canada. The program is a musical dialogue about the importance of community, connection and shared experience, in a blend of contemporary and established landmarks for piano four hands. Love Letters to Humanity opens with Beethoven’s light-hearted reflection on friendship, continues with meditations influenced by nature and the spaces we occupy, and concludes with contrasting furious and romantic selections by Franz Schubert.

Praised for their “dizzying musicality” by Süddeutsche Zeitung, La Fiammata is a flame which will continue to blaze brighter.

Noted for her  “introspective and lyrical style” (Ludwig van Toronto), pianist Charissa Vandikas is among those featured in CBC’s prestigious “30 Hot Canadian Classical Musicians under 30” list (2015).

Charissa made her orchestral debut with the Greater Toronto Philharmonic Orchestra in 2013 under the baton of David Fallis. She has performed as a soloist and appeared with orchestras in Canada, the United States, Europe, and Asia.

Charissa is currently pursuing a Master of Music degree from the Universite de Montreal. She was awarded a full scholarship for her Bachelor of Music studies at the Glenn Gould School, Royal Conservatory of Music in Toronto. She completed her ARCT Diploma from the Royal Conservatory of Music at age 13, and her Licentiate Diploma in 2015, attaining a level of First Class Honours with Distinction in both. She is the 2018 recipient of the Emerging Artist Grant from the Hnatyshyn Foundation, and was previously selected to be a Stockey Young Artist for the Festival of the Sound (2016).

Chinese-Canadian pianist Linda Ruan has a passion for overcoming cultural boundaries through the international language of music. As a classically trained musician with an increasingly impressive resume, Linda’s fascination for amplifying diverse voices reveals itself in multi-faceted professional and philanthropic endeavours.

Named to CBC’s list of Top 30 Hot Classical Musicians under 30 in 2016, Linda has performed in venues across the world including a concert tour of China. She received a Bachelor of Music degree with Honours from The Glenn Gould School in Toronto, and completed a Master of Music degree at The Juilliard School.

Since first being introduced to drums at age four and piano at age seven, music was a stabilizing force in an unconventional childhood which took Linda from Tokyo to Shanghai and Vancouver. A strong supporter of diversity in classical music, Linda seeks projects which amplify marginalized voices of the past and present.

“it was the charismatic Jinzi [Linda] Ruan and the equally talented Charissa Vandikas who stole the show …. The perfect partners-in-crime, they proved to be fascinating to listen to and wonderfully expressive in this work.“