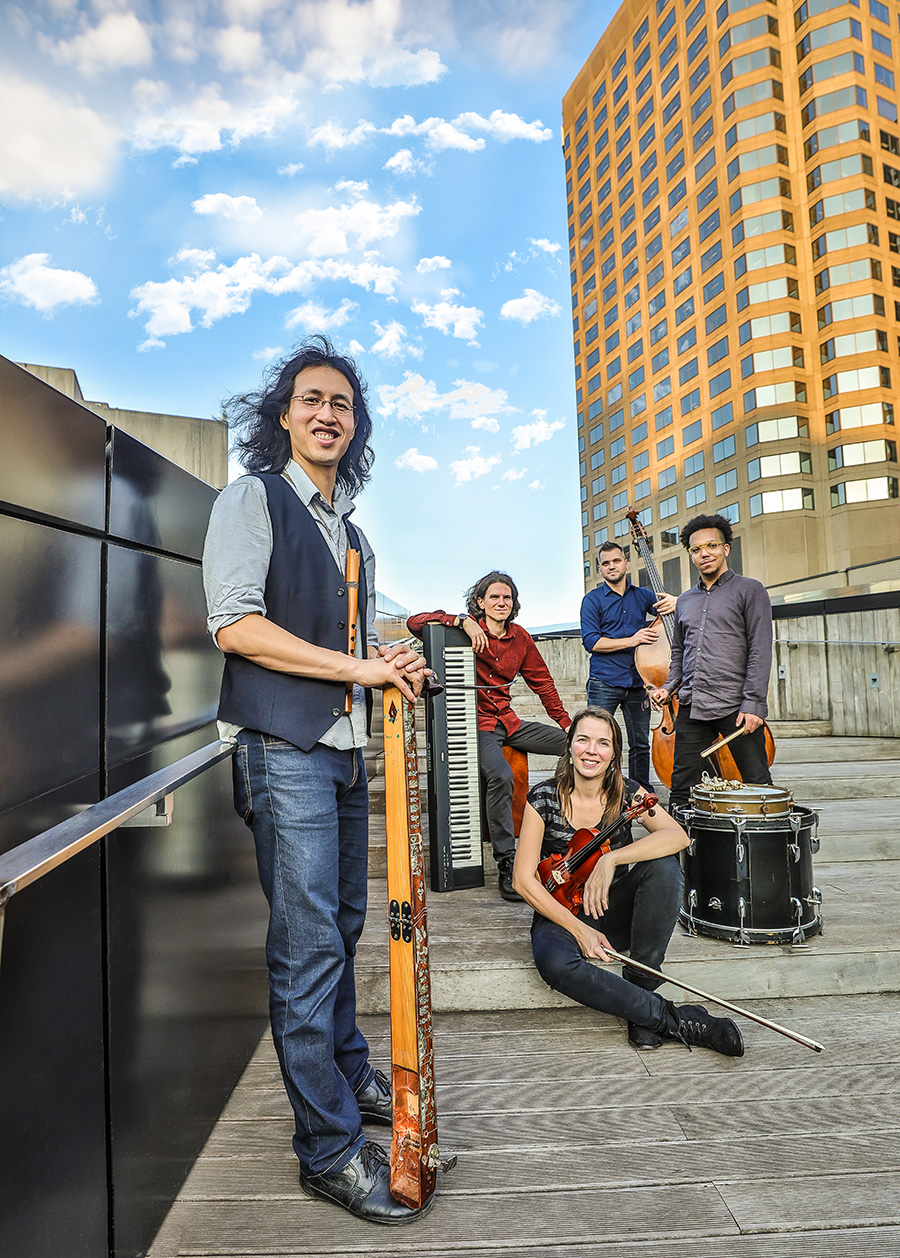 East meets West in an intriguing musical dialogue weaving contemporary jazz performance with the sounds and musical traditions of Peru, China and Vietnam. Those in search of the unexpected need look no further than this Asian-influenced jazz ensemble featuring compositions inspired by leader Huu Bac Quach’s travels in Asia, Europe and South America. The combination is a masterful and incandescent blend of cultures.

The group is the brainchild of Canadian artist Huu Bac, whose musical journey began with jazz guitar at Montreal’s McGill University, followed by intensive studies of the Vietnamese monochord (dan bau), and the Chinese fiddle (erhu). Later encounters with Afro-Peruvian music and melodies from the Andes led Huu to add the Andean bamboo flute (quena) to his skillset. His award-winning quintet has toured Canada, the USA, China and Korea, and Huu has twice recorded with Cirque du Soleil in collaboration with renowned artistic director Robert LePage.

This is jazz with an eclectic twist, as contrasting musical traditions intertwine in a seamless listening experience. Each instrument catches the inflections of the others, echoing them back in a punchy and frequently light-hearted interplay of sound. If only all cross-cultural conversations were as smooth as this one!

“Huu Bac blew us away with his dynamism, talent, humour and his creativity” 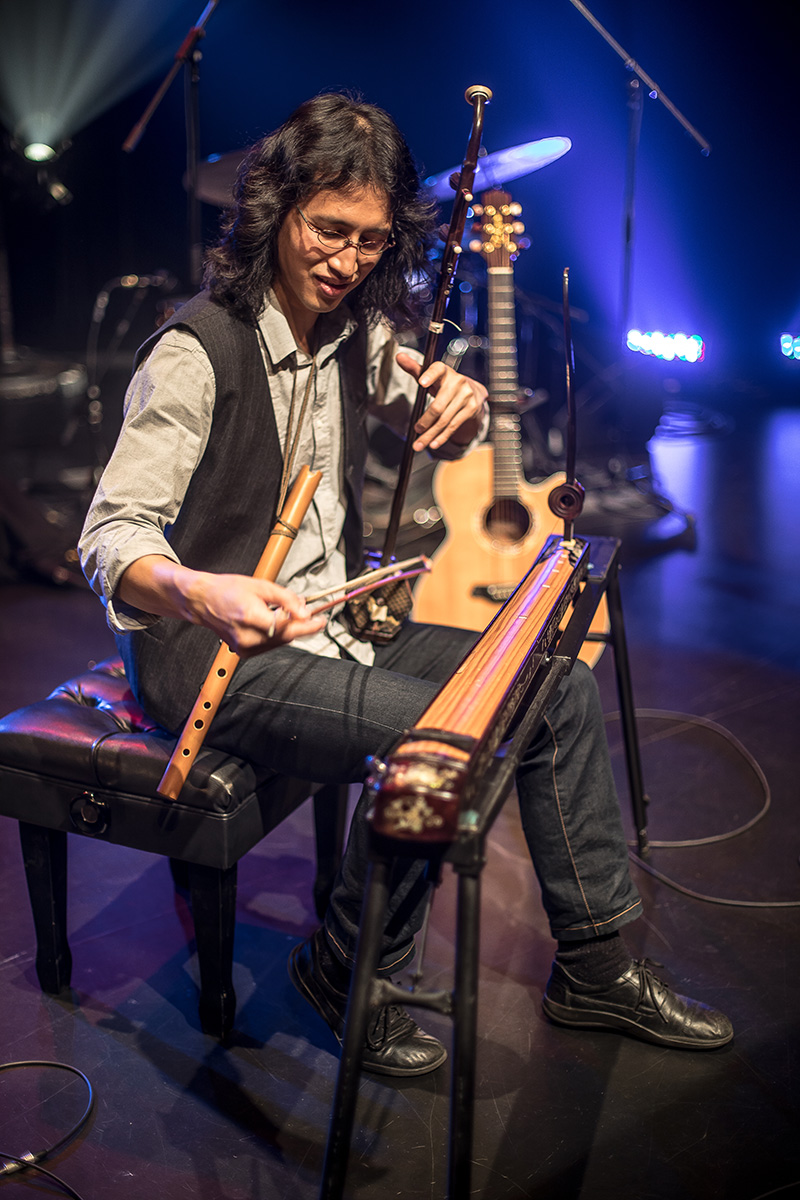 Huu Bac, born in Vietnam from parents of Chinese/Vietnamese descent, moved to Canada with his family at age two. He first studied jazz guitar at Montreal’s McGill University, before focusing on the dan bar (Vietnamese monochord) under the guidance of master Pham Duc Thanh. An international grant allowed him to explore the erhu (Chinese fiddle) at Shanghai University, with later continuation of his studies at Beijing Central Conservatory with professor Yang Xue and private lessons from master Chen Yaoxing.

On his return to Montreal in 2006, renowned Peruvian composer Lucho Quequezana led to performances in Peru with the group Sonidos Vivos. From 2009 to 2015, he collaborated Cirque du Soleil in recording for the shows “Totem” and “Toruk” and for artistic director Robert Lepage’s “Canotgraphie.” In 2010, Huu distinguished himself as a finalist for the Montreal Arts Council Diversity Award. As a composer, he has been continuously supported by the Canada Council for the Arts, the Quebec Council for the Arts and Montreal Arts Council.

Nourished by travel, Huu dedicates himself to composing and performing contemporary jazz music blending Eastern and Western colours which express his asian cultural heritage against a North American backdrop.

The Huu Bac Quintet, founded in 2013, has since toured Canada, the United States, China and Korea, The ensemble has garnered various awards including the 2014 RIDEAU/ROSEQ Award, Entrées en Scène Loto-Québec 2015-16, the 2015 Stingray Rising Stars Award, the 2016 MUZ Public Choice Award, and a nomination for the 2017 Montreal International Jazz Festival TD Grand Jazz Award.

“On the Steps of St-Paul’s,” his first album as a composer and multi-instrumentalist, was released in November 2017.

“Huu Bac Quintet, a groupe led by an original and audacious composer-performer …. a musical journey where originality flirts with eclecticism.”