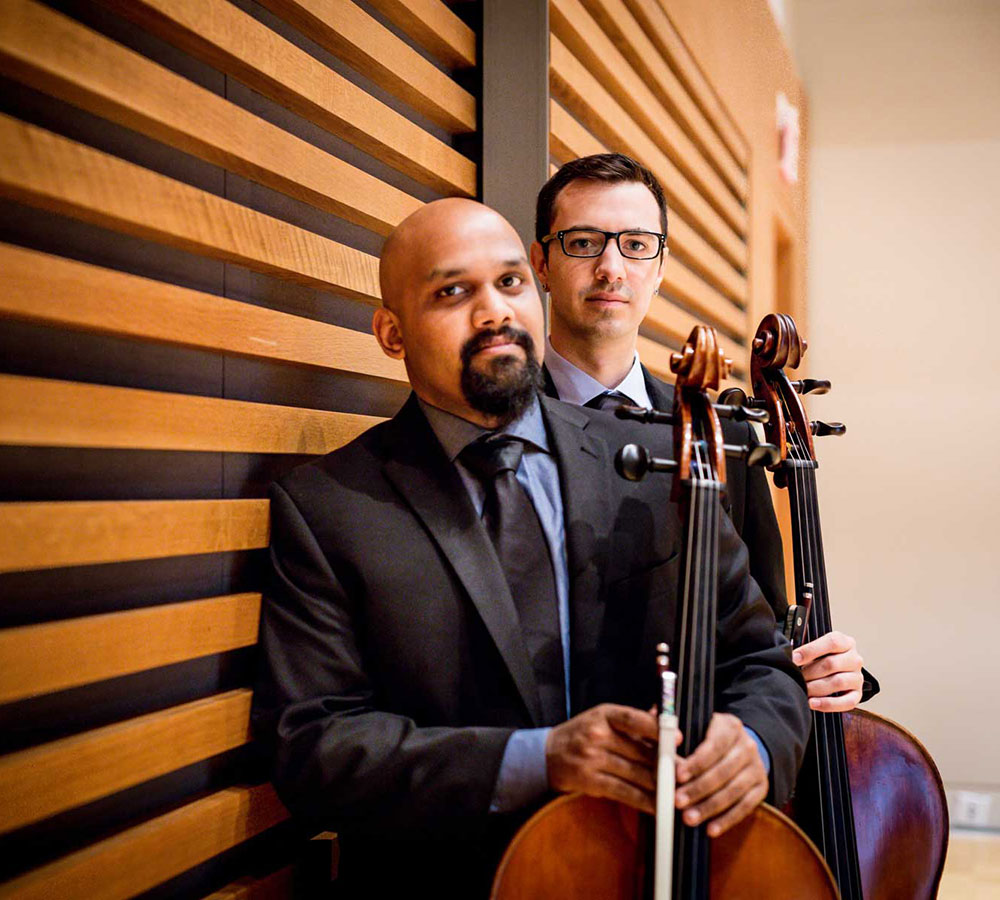 For most, the name Beethoven conjures a great symphonic work, a piano sonata, even a choral symphony—but is there a connection with the cello? Indeed, Beethoven’s five sonatas are at the core of the cello repertoire and serve as the springboard for Canadian cello duo, VC2. Their program, Beethoven’s Cellists, provides a snapshot of the cello repertoire—historic and new compositions—with ties to the great composer. VC2’s Bryan Holt and Amahl Arulanandam introduce their own arrangements of works by Beethoven, including Ludwig’s cello colleagues Duport, Kraft, and Romberg. These works are intertwined with five commissioned pieces by Canadian composers, again inspired by Beethoven’s cello sonatas. Spanning genres and with influences from jazz to contemporary, and even hints of the rock world, VC2’s program will showcase the diverse future of virtuosic music for cello duo.

“Very exciting and innovative additions to the cello repertoire performed with panache!”

As respected cellists, they have performed as part of leading music organizations including the Toronto Symphony Orchestra, Canadian Opera Company Orchestra, National Ballet of Canada Orchestra, Soundstreams, Art of Time Ensemble, Continuum Contemporary Music, New Music Concerts, Music in the Barns, Thin Edge New Music Collective, and others. The duo has been featured artists at Ottawa Chamberfest, Indian River Festival, Ottawa New Music Creators, 21C Music Festival, Ritornello Festival, and the Prairie Cello Institute. Committed to the creation of new works by living composers, especially those from their home country of Canada, VC2 commissioned five Canadian composers to create works based on the Beethoven Cello Sonatas project. In addition to their performances, VC2, with the generous support of the Ontario Arts Council, recorded these works and in fall 2018, released the album Beethoven’s Cellists which CBC Radio calls a “First-rate” recording.

In February 2018, VC2 embarked on a tour of the East Coast of Canada, presented by Debut Atlantic. The duo also spent time summer 2018 at the soundSCAPE performance and composition exchange in Maccagno, Italy and brought home a number of new works by emerging international composers. VC2 is thrilled to be one of Prairie Debut’s 2019-20 Touring Artists. This summer, they premiered a work by Canadian composer Kelly Marie Murphy, titled Final Glimpse, commissioned by the Toronto Music Garden/Harbourfront. This season, VC2 looks forward to premiering Heist, a new work by Canadian composer Vincent Ho, commissioned for the duo by Prairie Debut with support of the SOCAN Foundation. 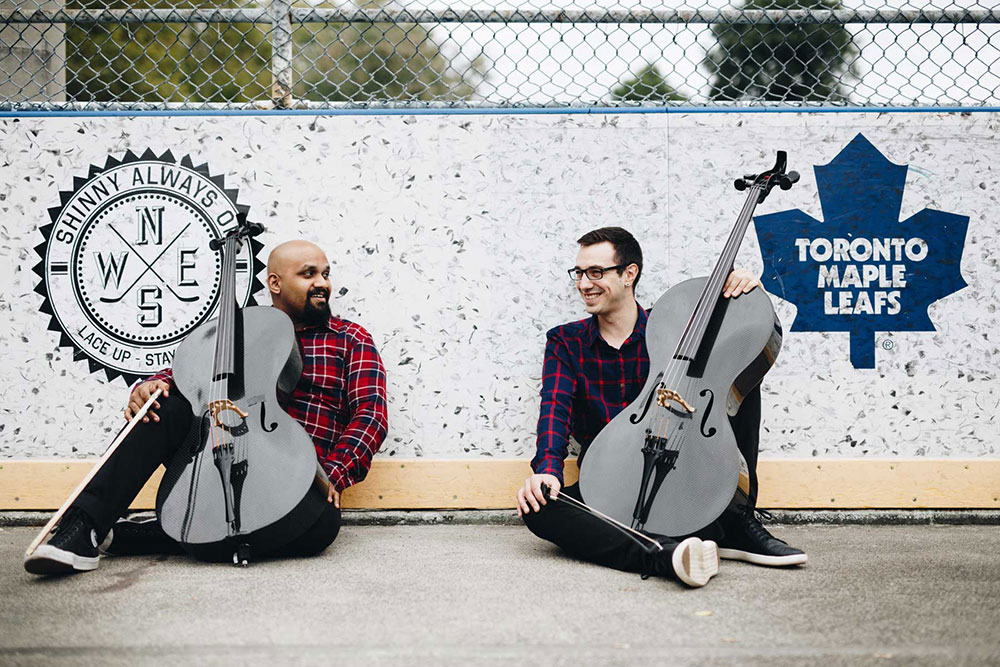 A conversation with VC2 Cello Duo

Read the full interview to learn what Bryan and Amahl have to say about a few of their favourite things: hockey, Beethoven and breaking new ground in cello performance.

MEET OUR CLOSE TO HOME ARTISTS